Home > Articles > Vienna Convention for the Protection of the Ozone Layer

Vienna Convention for the Protection of the Ozone Layer

During the 1970s, scientists expressed their concerns over ozone layer depletion. They warned that substances in the atmosphere such as chlorofluorocarbons (CFCs) and other anthropogenic substances could deplete the Earth’s stratospheric ozone layer (Molina and Rowland paper, 1974). Depletion of the ozone layer would lower it’s natural ability to prevent harmful ultraviolet rays from reaching Earth. So, the ocean ecosystems, agricultural productivity and both human and animal populations of the world are at great risk. 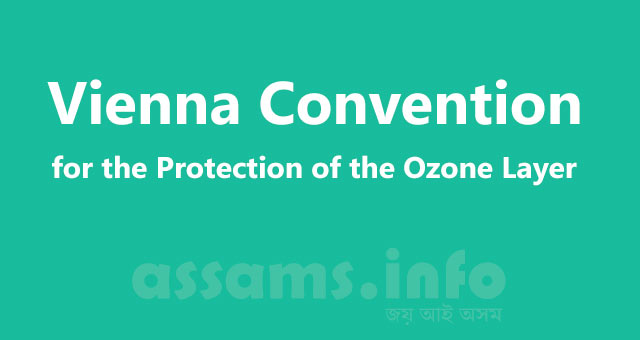 The scientific confirmation of ozone layer depletion prompted the international community to work on a mechanism to protect the ozone layer through co-operation. In 1977, the United Nations Environment Programme (UNEP) organized a meeting of the experts to discussion on ozone layer. It was first international meeting on ozone layer protection. It lead to the World Plan of Action on the Ozone layer, which called for international research and monitoring on ozone layer. In 1978, UNEP started to promote intergovernmental meetings for finding a solution to the problem. In 1981, UNEP was authorized by it’s governing council to draft a global framework convention on ozone layer protection. As a result, the nations of the world met at the Convention for the Protection of the Ozone Layer in Vienna, Austria in 1985. The Vienna Convention was adopted on March 22, 1985 and it entered into force on September 22, 1988.

The parties to the convention meet once every three years and took various decisions for administering the Convention. In 2009, Vienna Convention became the international convention to achieve universal ratification. As of 2016, it has been ratified by 197 countries.

The objective of the Vienna Convention is to take appropriate measures to protect human health and the environment against adverse effects resulting from or likely to result from human activities which modify or likely to modify the ozone layer. It convention promoted international cooperation in the legal, scientific and technical fields, and also encouraged exchange of information between the parties.

The obligations under the Vienna convention are general. Through it, nations committed themselves to protect the ozone layer and to co-operate with each other in scientific research related to atmospheric processes and the ozone problem. There’s no legally binding goals for the reduction or phase out of CFC and other substances that depletes the ozone layer.

The Vienna Convention set an important example for the international community. For the first time nations agreed to tackle an environmental problem, which is yet to be proved scientifically or effects of which were yet to be felt. The signatory parties agreed to take measures to protect human health and environment against the adverse effects of modification or depletion of zone layer. The convention also established a mechanism for cooperation in research, monitoring, and exchange of data on the state of the ozone layer and on emissions and concentrations of CFCs and other relevant chemicals.

But the convention lacked legally binding obligations. There was no reduction goals for the use of CFCs. However, it paved the way for future protocols such as the Montreal Protocol on Substances that Deplete the Ozone Layer, which was signed in 1987. The Montreal protocol aims to regulate and eventually end the production and consumption of ozone-depleting substances (ODS). So, the Vienna Convention for the Protection of the Ozone Layer provided the framework within which the phase-out targets for categories of ozone-depleting substances are negotiated in Montreal Protocol. The Vienna Convention and the Montreal Protocol are the only environment treaties to achieve universal ratification. Together they are referred to as the “Ozone Treaties”.