The idea of the United Nations was born during World War II. The term ‘United Nations’ was coined by President of United States Franklin Roosevelt and first used in 1942, when 26 governments of allies signed the Declaration of United Nations. In 1943, US Secretary of State Cordell Hull and British Foreign Secretary Anthony Eden agreed on the idea of creating an international organization, a declaration of which was issued later that year in Moscow. In November, 1943, when US President Franklin D. Roosevelt met Soviet Premier Joseph Stalin in Tehran, he proposed an international organization to discuss social and economic issues. The organization would comprise an assembly of all member states, an executive committee with 10 members and four policemen (United States, Great Britain, Soviet Union, and China) to maintain peace. But it remained a plan due to the ongoing world war. Meanwhile, the Allied forces had founded several organizations including Food and Agricultural Organization (May 1943) and the International Monetary Fund and the World Bank (July 1944).

After end of the war, leaders of USA, USSR and UK started pushing the idea of an international forum to bring peace through talks and stop future war. As a result of their tireless effort and after a series of conferences, formation of United Nations was finalized among the delegates of USA, USSR, UK and China at the Dumbarton Oaks Conference or the Washington Conversations in 1944. The Charter of the United Nations was signed on June 26, 1945, in San Francisco. The United Nations came into existence on October 24, 1945, after 29 nations had ratified the Charter. The General Assembly, with representatives from 51 nations, met for the first time in London on January, 1946. 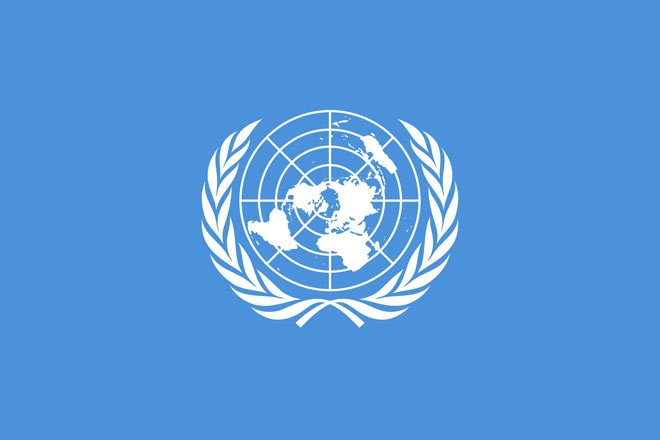 The main purposes or objectives of the United Nations are:

The principles of United Nations are:

All the works of the United Nations are carried out by six main organs or bodies: General Assembly, Security Council, Economic and Social Council, Trusteeship Council, International Court of Justice and Secretariat.

General Assembly is a deliberative body of the United Nations Organization, in which all member states are represented. Each member state, rich or poor, large or small, has one vote. The main function of this organ is to consider issues relating to international peace and security and to discuss important international problems.

Security Council is the chief executive body of the United Nations. It consists of fifteen members, out of which five are permanent (Russia, China, U.S.A., France and Great Britain) and ten are temporary members. Its main function is to preserve peace and security in the world by taking action against threat or act of aggression. It can take both diplomatic and economic steps. The permanent members has a powerful vote known as veto.

The Economic and Social Council

It has 54 members, which are elected by the General Assembly. It is a platform to discuss economic problems, such as trade, transport, economic development, and social issues. It’s functions include raising standards of living of the people, ensuring employment and promoting economic and social progress. The Council works through the cooperation of several special committees and commissions

The Trusteeship Council was composed of the representatives of permanent members of the Security Council. The main function of the Council was to preserve the interests of the Trust Territories and their progressive development towards self-government or independence. The Trusteeship Council suspended its operations on November 1, 1994, one month after the independence of Palau.

The International Court of Justice

Secretariat of the United Nations consists of the Secretary General and all the working staff. It’s main function is to assist all bodies of the UN and carry out the day-to-day work of the Organization. Duties of Secretariat varies from administering peacekeeping operations to mediating disputes or surveying social and economic problems.