Firingoti (Spark) is an Assamese film directed by Jahnu Barua. The film story was set in 1962, the time of Sino-India war. It featured Bishnu Kharghoria, Moloya Goswami, Chetana Das and Hemen Choudhury. The producer was Sailadhar Baruah, while Satya Baruah gave music in the film. Assamese movie Firingoti was released in 1992. It won National Film Award for Second Best Feature Film, while Moloya Goswami was awarded with National Film Award for Best Actress. 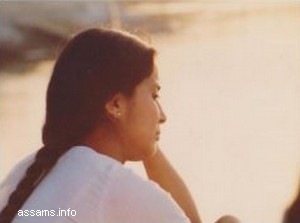 The story of Firingoti was set during 1960s. It revolves around a widowed teacher named Ritu (Moloya Goswami). Ritu is transferred to a small Assamese village. Arriving at the village, Ritu finds that the school was destroyed by fire some years back and it exists now only on paper. Ritu decides to rebuild the school and starts campaigning among the villager. Finally, Ritu’s school starts functioning under a large village-tree. Twist arrives in the story, when a jobless local intends to take over the school. Ritu fights back and the man with his friends burns down the school house.

This article belongs to Movies section. For reference or bookmark, you can use this link.