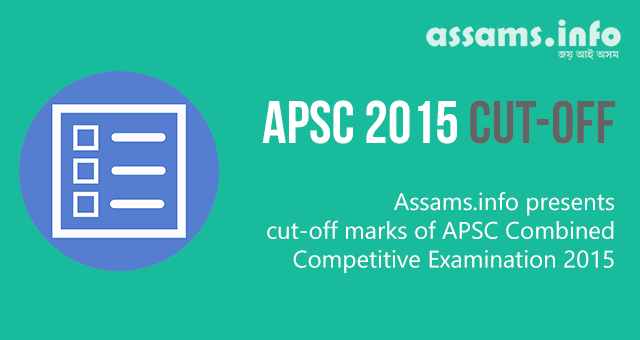 The marks above include the interview marks. That means they are out of total of 1600.

Find below the APSC CCE 2015 Mains cut off marks in a tabular form.

This article belongs to Career section. It is about APSC, Assam, Civil Services Exam, Cutoff, Examination. For reference or bookmark, you can use this link.