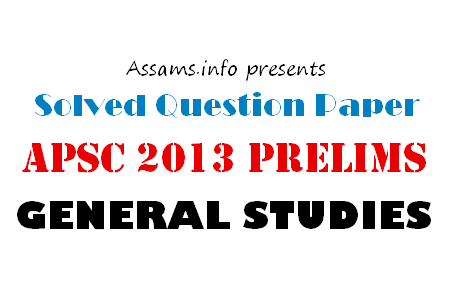 4. The Sixth Schedule of the Indian Constitution deals with
A. administration of OBC/MOBC population
B. Stat reorganization based on language
C. the provisions for administration of tribal areas in Assam, Meghalaya, Tripura and Mizoram
D. welfare of the SC/ST population
Answer: C (6th schedule is about tribal areas of Assam, Meghalaya, Tripura and  Mizoram)

5. Which one of the following words was not originally included in the Preamble to the  Constitution of India?
A. Sovereign
B. Socialist
C. Secular
D. Republic
Answer: C

8. Fundamental Duties were appended  to the constitution of India by the 42nd amendment on the recommendation of
A. Swarn Singh Committee
B. Dr. B.R. Ambedkar Committee
C. K. C. Pant Committee
D. C. D. Deshmukh Committee
Answer: A

14. Which of the following is not a Money Bill?
A. Budget
B. Appropriation Bill
C. Bill seeking Vote on Account
D. Finance Bill
Answer: A

17. GSAT-7, the first Indian satellite for defense purpose, was launched from
A. Sriharikota
B. Kourou
C. Baikanour
D. Cape Canaveral
Answer: B (Kourou in French Guiana)

22. Name of the Submarine which was destroyed in a major accident in 2013 is
A. INS Sindhurakshak
B. INS Shalki
C. INS Godavari
D. INS Yamuna
Answer: A (INS Sinshurakshak)

23. The famous musician Zubin Mehta was in news recently which had an Indian connection because
A. of his refusal to perform in Israel
B. he is a foreign citizen of Indian origin
C. of a concert in Srinagar, Jammu and Kashmir
D. None of the above
Answer: C (Zubin Mehta’s concert in Srinagar was opposed by separatists led by Syed Ali Shah Geelani protested, saying the concert was an attempt to legitimise India’s rule in the disputed region.)

27. In the last one decade, which among the following sectors has attracted the highest foreign direct investment inflows into india?
A. Chemicals other than fertilizers
B. Service Sector
C. Food processing
D. Telecommunication
Answer: B. As per official GOI data, FDI contribution is highest in Service Sector.

29. In India, which one among the following formulates the fiscal policy?
A. The planning Commission
B. The ministry of finance
C. The finance commission
D. The reserve bank of India
Answer: C ( The Ministry of Finance)

38. Which of the following statements is correct for the Planning Commission of India?
A. It is not defined in the Indian Constitution.
B. Members and the Vice Chairman do not have fixed working duration
C. Its members do not require any minimum educational qualification
D. All of the above
Answer: D

42. What was set up in 1950 for conducting large-scale surveys to meet the data needs of the country for the estimation of the national income and related aggregates?
A. The Planning Commission
B. The National Sample Survey
C. The Bureau of Industrial Costs
D. The Central Statistical Organization
Answer: B

44. Which is the new tax regime proposed to be introduced in the country?
A. GST (Goods Services Tax)
B. VAT (Value Added Tax)
C. Agricultural Income Tax
D. Central Excise
Answer: A (GST)

46. The minimum amount of calorie-based definition of poverty in India was accepted in them
A. Fourth Plan
B. Fifth Plan
C. Sixth Plan
D. Seventh Plan
Answer: C (Sixth Plan)

47. Under decentralized planning, a planning committee is set up at which level?
A. Block
B. Subdivision
C. District
D. Gaon Panchayat
Answer: C

48. Which is the largest plain of the world?
A. Siberian Plain
B. Indo-Gangatic Plain
C. The Prairies
D. The Steppe Land
Answer: A (Siberian Plain)

50. Which of the following seas is without a coastline?
A. Black Sea
B. Mediterranean sea
C. Sargasso sea
D. Sea of Azov
Answer: C (Sargasso sea)

This article belongs to Career section. It is about APSC, Civil Services Exam, Examination, Question Paper. For reference or bookmark, you can use this link.