Sibsagar (aka Sivasagar) is a district in Assam state of India. It is located in upper Assam, about 365 km East from state capital city Guwahati. The Sivasagar district occupies an area of 2,668 square km and shelters a population of 1,150,253 (2011 census). The district has three sub-divisions: Sivasagar, Nazira and Charaideo. The district headquarters are located at Sibsagar city. 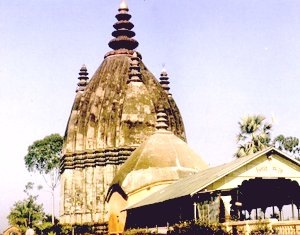 Sivasagar district of Assam enjoys different climate in different seasons. The Winter season is cold and lasts from November to February. Between March and May, occasional thunder storms arrives in the area. The temperature rises in Summer and reaches maximum in August. But regular rain gives some good relief. Autumn season lasts from October to November.

Sivasagar is well connected via road and railway. Nearest Railhead is Simaluguri, which is 16km away from Sibsagar town. Regular bus services (both day & night) to and from Sivasagar are available from Guwahati and other important towns. Nearest airport is only 55 km away in Jorhat.

This article belongs to Places section. For reference or bookmark, you can use this link.

Recently Added
Get updates via Email
Subscribe
Other Sections in Assams.info
You may also look at following: